Check back here for the latest news and information on the Upper Trinity Groundwater Conservation District.

At least 13 Springtown residents along County Road (CR) 3591 and CR 3594 north of Springtown have filed well water complaints with the Railroad Commission of Texas (RRC) Wichita District Office, according to Spokesperson Ramona Nye.

While the investigation is ongoing and no results have been released to the Epigraph by the Texas RRC, Upper Trinity Ground Water Conservation District has done testing and has received results that tested positive for benzene and xylene in the water.

According to Upper Trinity Ground General Manager Doug Shaw, a certain resident from that area (whose name was not given) requested to have her well water tested for bacteria.

“We had the water tested for VOC’s (Volatile Organic Compounds), and the results came back positive for benzene and xylene,” Shaw said.

Benzene and xylene are byproducts of oil and gas drilling, or fracking.

According to Wisconsin Dept.of Health Services, “Benzene is found in crude oil and is a major part of gasoline. It’s used to make plastics, resins, synthetic fibers, rubber lubricants, dyes, detergents, drugs and pesticides. Benzene causes harmful effects on the bone marrow and can cause a decrease in red blood cells, leading to anemia. Long-term exposure to high levels of benzene in the air can cause leukemia, cancer of the blood-forming organs.”

According to the Center of Disease Control (CDC), xylene “is primarily used as a solvent (a liquid that can dissolve other substances) in the printing, rubber, and leather industries. Along with other solvents, xylene is also widely used as a cleaning agent, a thinner for paint, and in varnishes. Breathing xylene vapors in small amounts can cause headache, dizziness, drowsiness, and nausea. With more serious exposure, xylene can cause sleepiness, stumbling, irregular heartbeat, fainting, or even death. Xylene vapors are mildly irritating to the skin, eyes, and lungs.”

Shaw said they submitted tests to the RRC and recently received test results from that area (CR 3591 and CR 3594 north of Springtown), and three to four tests were positive for benzene. He added that they also got results from west and southeast of that area back, but those results were negative.

“We’re trying to identify the affected area,” Shaw said. “We are going to continue to test more wells.”

Shaw said it’s up the RRC to find the source of the contamination, but there are “no water quality testing standards or requirements for private wells in the State of Texas.”

“We’re going to do all we can to find the source of the problem,” he said. “If you can’t identify what the source is, the responsible party should, and (the RRC) has the resources to do that.”

When the Epigraph contacted the RRC asking for the current status of the investigation of the 13 water wells of residents along CR 3591 and CR 3594 north of Springtown, no results were given. Spokesperson Ramona Nye only responded that “The Commission’s investigation is ongoing. Feel free to check with me at any time on the status.”

The Epigraph communicated with two of those residents who expressed concerns about the state of their water.

Tiffany Schmalken, who lives along CR 3591 six miles north of Springtown, said her family contacted the RRC to ask them to test their water. The results showed that the benzene levels were double the levels permitted in drinking water. Their levels were at 10 ppb.

“While we have numerous wells around our property, they haven’t been able to find the one that could be leaking into the water table,” Schmalken said.

It’s up to the RRC to find the source of the chemicals so that they can stop the leak into the water table, but if they cannot find the source, nothing can be done about it.

Until then, some of the wells in the area have had storage tanks and/or filtration systems installed to help with the toxic water levels; however, according to a resident who doesn’t wish to be named, a water filtration system might block some traces of the chemicals but not 100 percent.

This particular resident says she has been calling the company who drilled her well, Alpha Omega Water Well of Decatur, since August to fix her well.

“No one has called me back,” she said.

Alpha Omega Water Well drilled the majority, if not all, of the wells for the subdivision in the area. Manager Doug Kinsey said water toxicity was a common problem in the area, and they made a couple of service calls to this resident’s address in 2018-2019.

“The primary complaint was low water pressure and smell in the water,” Kinsey said. “Our service technician let them know this was a common problem in this area, and they would benefit from having a storage tank installed.”

Kinsey sent the Epigraph the estimate of equipment for a storage tank his company recommended to this resident. This resident denies that an estimate was ever sent to her.

“They never sent me anything,” she said.

She said that Upper Trinity Ground came to test their water, which tested positive for benzene and xylene. They sent her an email that said not to drink their water, that they had a problem with their well, and that the well was probably cracked.

Still, she says she continues to get no response from Alpha Omega about fixing her well.

She also called Walnut Creek Special Utility about getting a water line added.

“As a mom of four with a child with a compromised immune system, this is very concerning,” she said. “We’ve been told not to bathe, wash our clothing, or drink the water… It’s frustrating that a well company drilled wells with no water quality tests on file, and we have a faulty well that found this issue. It wasn’t until they refused to fix our well that we had our water tested. We’ve had animals die from no water from well issues down to having to purchase gallons of water weekly for our family to use to protect our health.”

She added that she received a letter from the state saying not to drink the water or bathe in it.

“No one told us when we bought this house that anything was wrong with this water,” she said. “There have been five babies born on our street. What are going to be the side effects of them bathing in this water?” 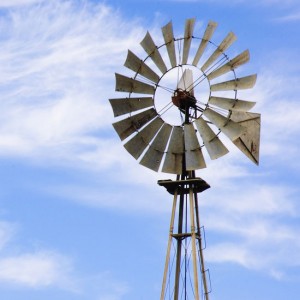 Water Saving Tip of the Day